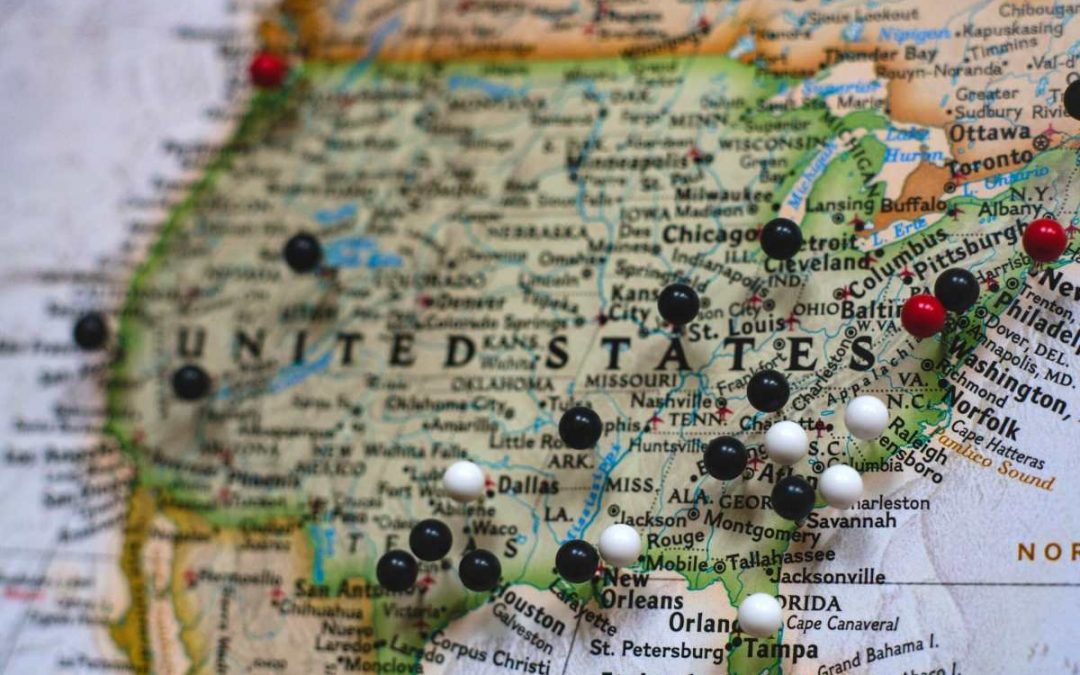 Editor’s note: This is the second blog in a series aimed at understanding the what, where, why, and how of unbanked and underbanked households.

If you love maps, this is the blog post for you. And if you like numbers, here are two important ones: seven and 20.

But where are these underserved households located? Are unbanked communities also underbanked?

As the below map shows, the states with the highest unbanked population are concentrated in the southern half of the country. With the exception of New York and California, every state that has a higher than average proportion of unbanked households lies south of the Mason-Dixon line.

But that map only tells one snapshot story of the underserved population. So, let’s move to the second important number, 20. The next map shows states that have underbanked populations above the national average of about 20 percent.

The maps also show that the unbanked and underbanked populations do overlap. The South has large populations of both, but underbanked households are spread across a broader swath of the country. Interestingly, Midwestern and Great Plains states like Nebraska, Kansas, and Wyoming are underbanked but not unbanked.

Further, unbanked populations seem to be higher in states with more diversity, whether that is a higher share of immigrants in Arizona or California or a larger black population in deep South states. On the other hand, underbanked populations include the very homogenous Midwestern states, but do not include California or Arizona. This might mean that another factor, like rurality of a state, impacts the percent of underbanked households.

We’ll dig deeper into possible explanations of why different places and people might have higher rates of underserved populations in the next blog post.