Is It Possible to Build Wealth in College? 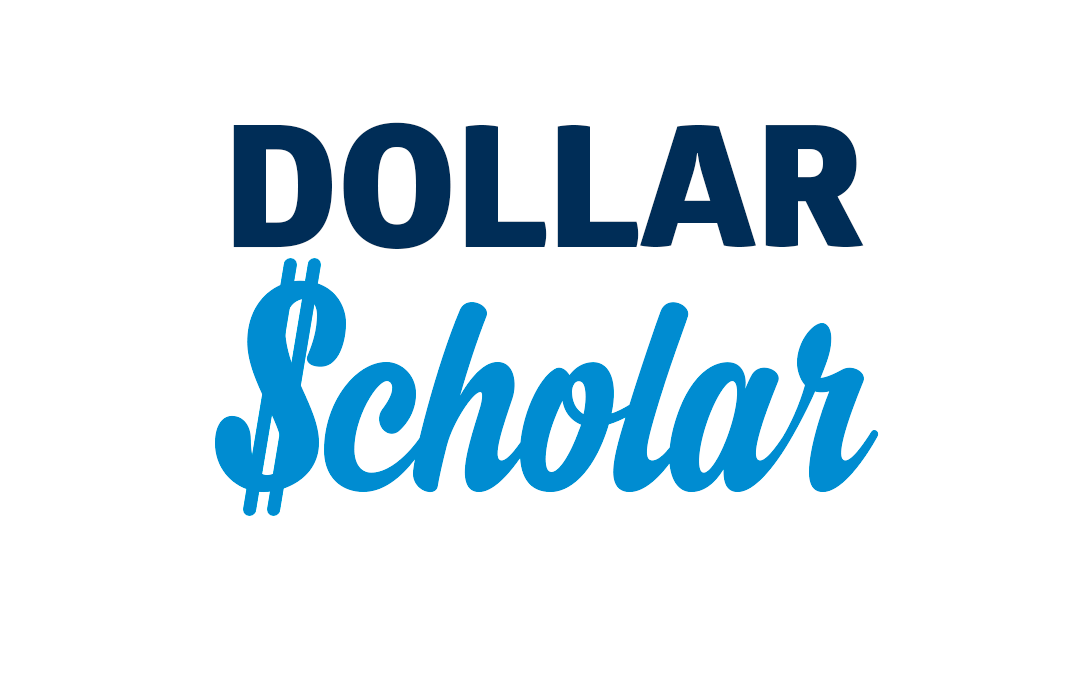 Working for Southern Bancorp as a “wealth builder for everyone” has made me take a closer look at my own finances. As mentioned in previous blogs, I’ve spent the last year reducing debt and saving automatically in an effort to increase my net worth, and I’m often told how great it is that I’m thinking about my financial future at 24.

However, I sometimes wonder how far ahead I could be if I’d started even earlier. What if I’d had this same mindset as a college freshman? Could I have already achieved financial independence? Would my student loan be paid off? Then again, is it even possible to save and build wealth as a college student?

Seeing as how I can’t go back in time, I thought it was a good idea to pick the brain of someone who is still in that stage of life.

Dosha was Southern Bancorp’s Marketing Intern this summer and is a 20-year-old senior at Philander Smith College. She is a full-time student, works a part-time job, rents an apartment with a roommate and pays her own car note along with other bills. With a part-time income and full-time bills, one would likely assume that Dosha doesn’t have much leftover to save, let alone enough to start building wealth. However, with determination and a plan, Dosha is proving that anything is possible.

The following conversation is lightly condensed and edited for clarity.

Dosha: Having financial stability, multiple streams of income, being comfortable in your space, not having a need or want for anything.

Jayla: Had you considered the idea of building wealth prior to joining Southern?

Dosha: I think it was more of an idea from my internship, because I never really thought about wealth. You know everyone says they want to be rich. I’ve always wanted more money. Now money can be a temporary thing, but wealth is a long-term goal.

Jayla: Do you live on a budget and do you make an effort to save? If so, do you do it automatically?

Dosha: My income fluctuates, so I can’t really have a definite budget every month. It’s more of a bi-weekly kind of thing. I set out how much my bills are and put that money aside, and I have a set amount in my head that if I’m making this much, then I should be saving this amount. I do transfers from my checking to my savings and I have two outside apps, one that saves money automatically and the other puts money into stocks.

Jayla: If you had an emergency expense of $400 or more would you be able to cover it or would you have to use a credit card or loan?

Dosha: I’d be able to cover it.

Jayla: Do you have student loans and if so, have you started paying them back or paying toward the interest?

Dosha: I do have student loans, but no I am not paying them back yet. Post-graduation I know I’m going to get a job and will pay them back then.

Jayla: How secure do you feel financially?

Dosha: On a scale of one to ten, ten being the most secure, I say three. Even though my bills are covered and I may have something left, it’s still not enough. It’s good being content, but I always ask myself what more could I do if I had a little more or how much more could I save.

Jayla: Where do you think that mindset comes from?

Dosha: Maybe from growing up in a single parent household or seeing people around me struggle.

Jayla: Did your parents discuss finances with you prior to going to school?

Dosha: Not really. I’ve always been very inquisitive about money. I’ve always wanted to save money and to have it just in case. I don’t like money just sitting in my [checking] account, so having an allotted amount of money that will get me through the next two weeks is what I like to do.

Jayla: For the average college student, do you really think it’s possible to build wealth while going to college, working part-time, paying rent and a car note?

Dosha: For the average person, it definitely is possible. It just takes a lot of consistency and effort, and you have to have a plan. You can’t build wealth just sitting there doing nothing.

Jayla: Do you think most of your peers have saving money and building wealth on their minds?

Dosha: No. I have one friend who’s my accountability partner when it comes to that. She just got an Airbnb property and she’s only 21. She’s really the only person I know that has multiple streams of income and is financially responsible. Everyone else doesn’t really have jobs or ways of making money. They’re more in the moment type of people. I hear a lot of them say I’ll spend this but I’ll get it right back. But why spend $5 and then make $5? Why not spend $5 and try to make $150?

Jayla: Do you have any financial or wealth building advice for incoming freshmen or people still in high school?

Dosha: Have a plan for your finances and a goal to work toward. Put money toward your goal monthly and add an extra five dollars or so when you have it. You don’t have to have a regular job, but having some source of income is important. People tend to rely on parents or significant others for funds, but people are unpredictable so you can’t always rely on them. You also have to be disciplined. It is difficult to see something you want while you’re saving. I wanted to go to Miami for Spring Break and I had money, but I was saving that for a car. I ended up with basically a new car, but if I had gone to Miami that money would have been gone. Now I have the car and I just came back from a trip in New Orleans. So, it’s hard to believe at the time, but if you are patient and work hard, it will all work out.

Talking with Dosha definitely made me believe that building wealth in college was possible. It also reminded me of how little hustle I had while in school and honestly, even today. I was one of those people she mentioned who didn’t really do anything. I had multiple scholarships, so I was able to live off of refunds each semester, but I wasn’t doing anything extra to build wealth. I did save part of my refunds and the money I made from internships over the summer, but it was mainly for wants and very few needs. I was definitely a live in the moment type of person when it came to my past spending habits.

Today, I’m working hard to exercise the discipline I wish I’d had back then. I’m not only making better use of my income, but I’m also seeking out ways to add to it. I realize I can’t change my past, but I hope this post will encourage all students reading to start preparing for their financial future. 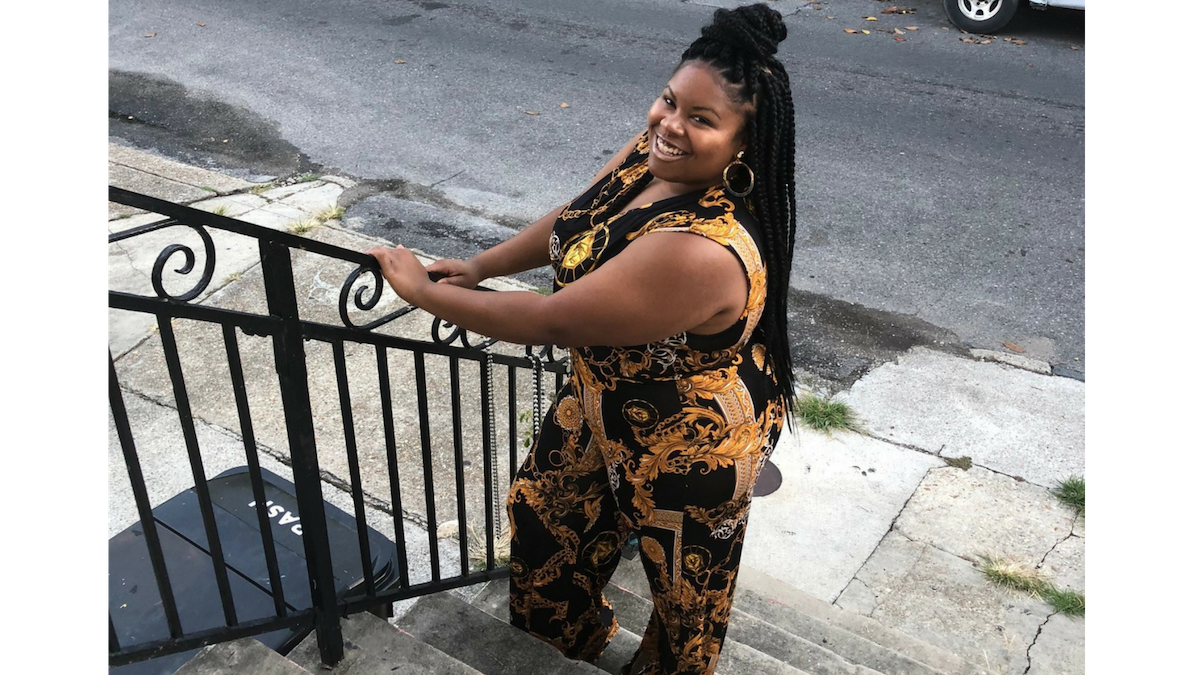 Jayla is a Media & Content Strategist at Southern Bancorp. She graduated from Arkansas State University in December 2016 with a Bachelor’s degree in Creative Media Production and a minor in Marketing.