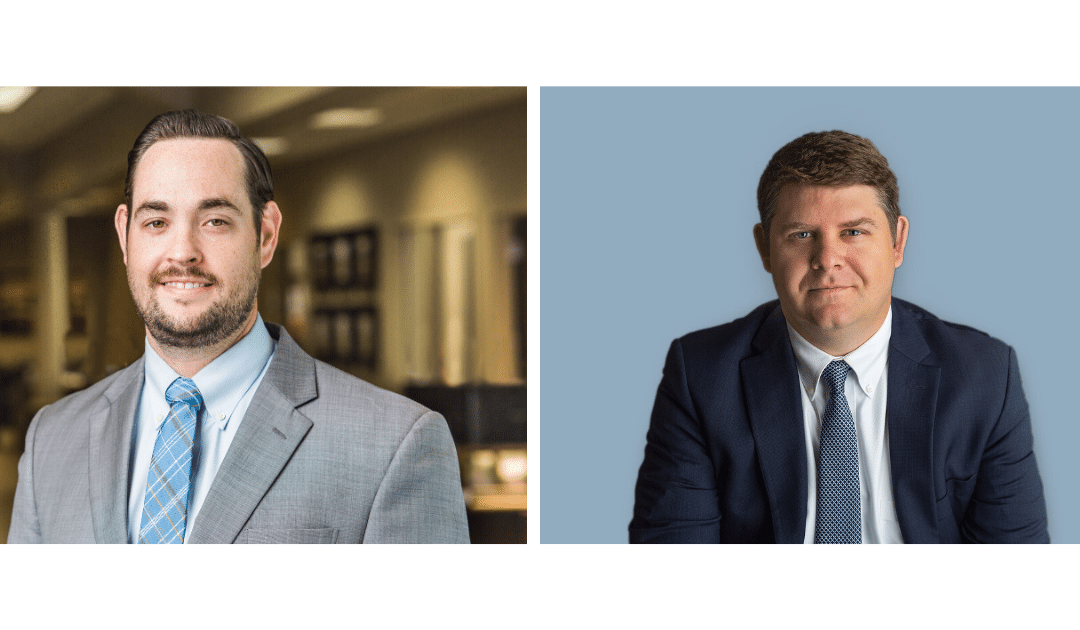 “Jeremy and Josh have been great assets to Southern and are well deserving of these promotions,” said Jeff Frazier, Central Region CEO. “They both have a wealth of lending experience and are committed to providing access to economic opportunity in DeSoto County.”

A rising star in the commercial lending field, Hurst was named 2017 Commercial Lender of the Year after just four months with the bank. During this time, he was responsible for over $10 million dollars in new lending.

An El Dorado, Ark. native, Hurst received his Bachelors of Business Administration in Finance from the University of Arkansas at Little Rock in 2007, and his Masters of Business Administration from Southern Arkansas University in 2015. He has received certificates from the ABA National Commercial Lender School at Southern Methodist University and the Paul W. Barret Jr. Graduate School of Banking. He is also a graduate of the 2018-2019 class of Leadership DeSoto.

“We moved to Hernando two years ago, and it quickly became our new home,” said Hurst. “I love being a part of such a thriving and hard-working community, and look forward to helping it grow.”

Hurst currently serves as treasurer for the Krewe of Hernando and is a member of the Rotary Club of Hernando. He also coaches Youth Soccer and T-Ball for Hernando Recreational League. He and his wife Sunni have two children, Emerson, 7 and Rex, 5.

“I look forward to growing in this new role and am excited to lead Southern’s wealth building efforts in the city of Olive Branch,” said Newsom.

Newsom is also very active in his community. He is a past president and current member of The Rotary Club of Olive Branch. He is also a member of BNI Desoto County and an Olive Branch Chamber of Commerce Connector. Newsom and his wife Laura have two daughters, Ava Grace, 8 and Katherine, 1.

Southern Bancorp, Inc., a bank holding company; Southern Bancorp Community Partners, a 501(c)(3) development finance and lending organization; and Southern Bancorp Bank, one of America’s largest rural development banks; were founded in 1986 by a group of business, political and philanthropic leaders who were concerned about the economic decline of rural Arkansas. All three entities are U.S. Treasury certified Community Development Financial Institutions (CDFIs) collectively known as “Southern.” With $1.5 billion in assets, 65,000 customers and 48 locations in Arkansas and Mississippi, Southern invests in people and businesses in rural communities; empowers them to improve their lives; and helps them transform their communities. Southern is a Certified B Corp, Benefit Corporation, and proud member of the Global Alliance for Banking on Values. Learn more about Southern on the web at www.banksouthern.com & www.southernpartners.org.