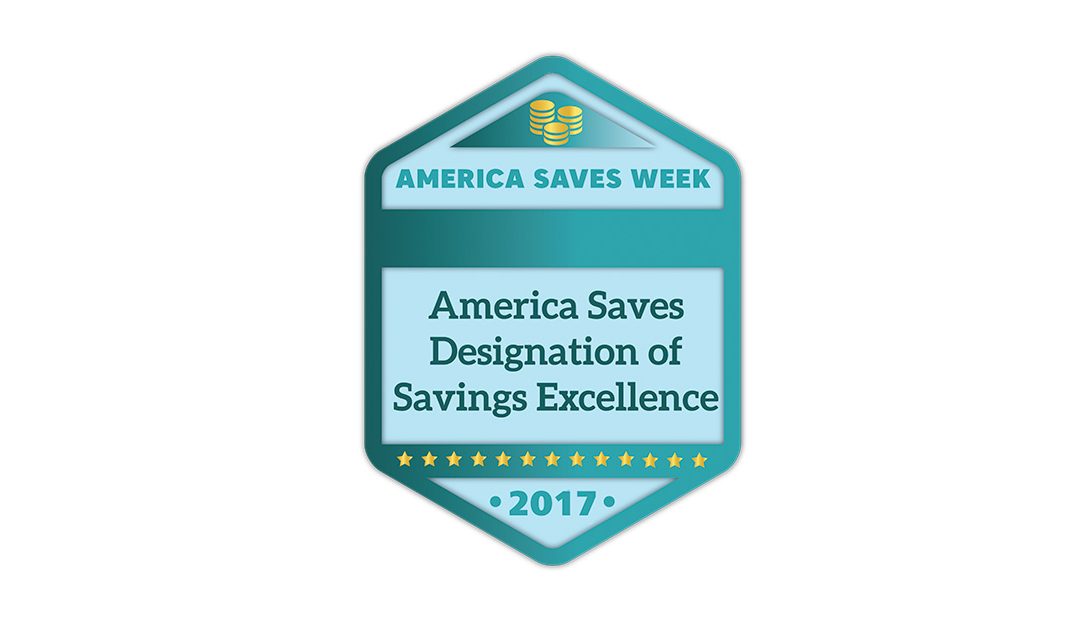 Today the Consumer Federation of America awarded Southern Bancorp the America Saves Designation of Savings Excellence recognizing Southern’s efforts to promote savings in its markets during America Saves Week 2017, a national initiative that supported the savings goals of over 520,000 savers from around the country through direct assistance and outreach.

Throughout the savings-focused week (February 27-March 4), Southern empowered Arkansans and Mississippians to develop healthy financial habits and save by encouraging them to take the America Saves Pledge. Southern was recognized not only for its innovative social media campaign on Facebook and Twitter that promoted savings tips and products like Round Up Savings, but also for the support it received from local governments in Arkansas and Mississippi.

“Southern believes that increasing one’s net worth is a significant driver of economic prosperity – both personally and regionally,” said Darrin Williams, Southern Bancorp Inc., CEO. “The goals of America Saves Week – saving automatically, reducing debt, and building an emergency fund – align perfectly with that belief, as well as our goal of empowering one million people to save over the next ten years.”

Building relationships and empowering customers to save is a yearlong pursuit, so Southern is building a coalition of financial institutions, nonprofits, and other organizations to create a local Arkansas Saves campaign in 2018 to complement the national campaign. Southern will also continue to participate in the Mississippi Saves campaign in 2018.

Southern was one of 32 banks and credit unions to receive this designation in 2017. The press release announcing the winners of the 2017 America Saves Designation of Savings Excellence can be found here:

Southern Bancorp, Inc., a bank holding company; Southern Bancorp Community Partners, a 501(c)(3) development finance and lending organization; and Southern Bancorp Bank, one of America’s largest rural development banks; were founded in 1986 by then Governor Bill Clinton, former Walmart Chair Rob Walton, the Winthrop Rockefeller Foundation and others who were concerned about the economic decline of rural Arkansas. All three entities are U.S. Treasury certified Community Development Financial Institutions (CDFIs) collectively known as “Southern.” With $1.2 billion in assets, 80,000 customers and 44 locations in Arkansas and Mississippi, Southern invests in people and businesses in rural communities; empowers them to improve their lives; and helps them transform their communities. Learn more about Southern on the web at www.banksouthern.com and www.southernpartners.org.

America Saves is a campaign managed by the nonprofit Consumer Federation of America that uses the principles of behavioral economics and social marketing to motivate, encourage, and support low- to moderate-income households to save money, reduce debt, and build wealth. America Saves encourages individuals and families to take the America Saves pledge and organizations to promote savings year-round and during America Saves Week. Learn more at americasaves.org and americasavesweek.org.