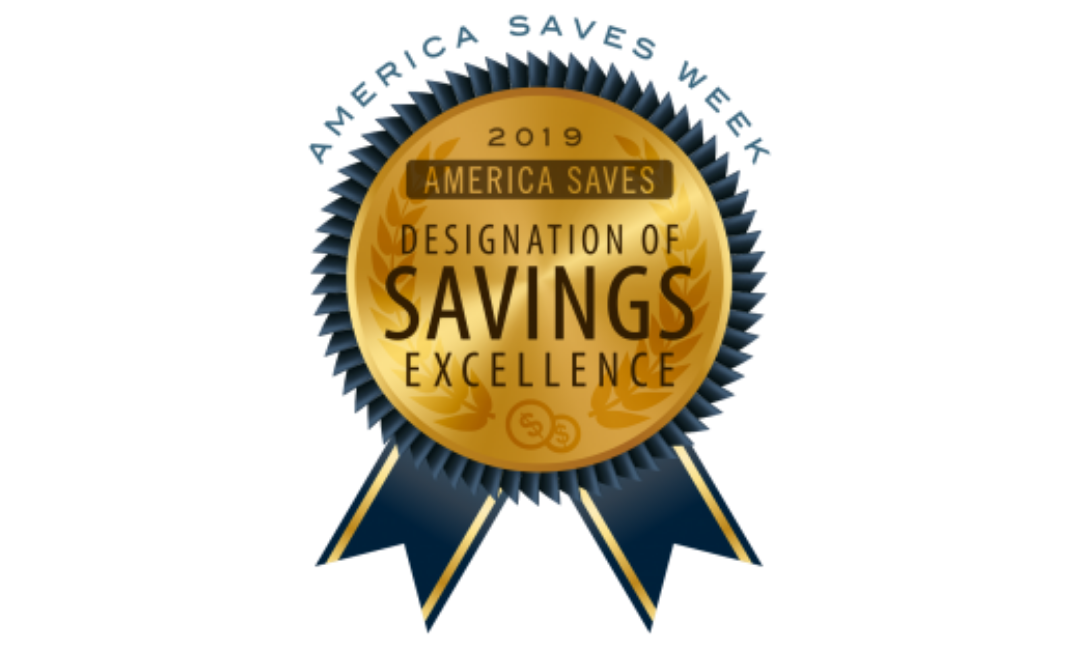 LITTLE ROCK, ARK – Southern Bancorp was recently recognized with the America Saves Designation of Savings Excellence for the third consecutive year. This award is reserved for financial institutions who made extraordinary efforts to encourage and empower families and individuals to save money and establish an automatic savings plan during America Saves Week 2019 (February 25 – March 2).

“We are honored to receive this designation and will continue to promote savings year-round,” said Southern Bancorp, Inc., CEO Darrin Williams. “At Southern, we believe saving is the foundation to wealth building; therefore, one of our big ten year goals is to empower 1,000,000 people to save. Partnering with the Consumer Federation of America each year to promote America Saves moves us closer to actualizing that goal.”

During tax season, Southern utilized its Volunteer Income Tax Assistance program and savings sweepstakes, Split, Save, and Win! to encourage filers to save part of their refund. As a result, 199 VITA participants saved part of their refund and were entered for a chance to be a $50 weekly winner and an overall $1,000 grand prize winner.

While promoting VITA and America Saves Week, Southern’s policy department began drafting language for a bill that would make it easier for all Arkansas taxpayers to save part of their refunds automatically. That bill is now Act 774 of 2019, which requires the state to add a second direct deposit line to income tax forms so that filers can split their refunds between two bank accounts. Arkansas Governor Asa Hutchinson signed it into law on April 10th, making Arkansas the second state to have such a law.

Southern Bancorp, Inc., a bank holding company; Southern Bancorp Community Partners, a 501(c)(3) development finance and lending organization; and Southern Bancorp Bank, one of America’s largest rural development banks; were founded in 1986 by then Governor Bill Clinton, former Walmart Chair Rob Walton, the Winthrop Rockefeller Foundation and others who were concerned about the economic decline of rural Arkansas. All three entities are U.S. Treasury certified Community Development Financial Institutions (CDFIs) collectively known as “Southern.” With $1.36 billion in assets, 65,000 customers and 47 locations in Arkansas and Mississippi, Southern invests in people and businesses in rural communities; empowers them to improve their lives; and helps them transform their communities. Learn more about Southern on the web at www.banksouthern.com and www.southernpartners.org.

America Saves is a campaign managed by the nonprofit Consumer Federation of America that uses the principles of behavioral economics and social marketing to motivate, encourage, and support low- to moderate-income households to save money, reduce debt, and build wealth. America Saves encourages individuals and families to take the America Saves pledge and organizations to promote savings year-round and during America Saves Week. Learn more at americasaves.org and americasavesweek.org.