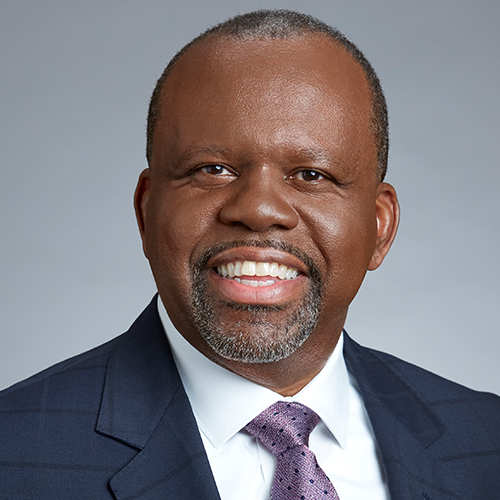 Southern was founded more than thirty years ago when some of the nation’s most notable political, business and philanthropic leaders came together around a central idea – that the economic challenges facing many underserved communities could in part be addressed through the creation of a values-based financial organization focused on providing net-worth building services to those who most need them. With an initial investment of approximately $10 million and a mission to create economic opportunity, Southern has grown to nearly $2 billion in assets, 65,000 customers and 52 locations primarily in underserved markets in the rural Mid-South. Today, Southern is one of the most effective and largest community development organizations in the United States, as well as a model for the CDFI industry.

Williams joined Southern in 2013, and under his leadership Southern has experienced unprecedented growth, attracting over $50 million in equity capital, increasing its assets by $900 million dollars and expanding its geographic footprint and product offerings. Williams led the simplification of Southern’s capital structure, reducing five classes of common equity to one series, created a mechanism that continues to provide all shareholders with liquidity (regular quarterly dividends and bi-annual share buybacks), and changed Southern’s legal organization to a Benefit Corporation (and a certified B-Corp) to ensure ongoing mission protection. Southern is also a member of the Global Alliance for Banking on Values (GABV), an international network of banking leaders committed to advancing positive change in the banking sector with a goal to change the banking system so that it is more transparent, more inclusive and supports economic, social, and environmental sustainability.

As a leader in the financial industry, Williams is often asked to speak at conferences and provide expert commentary, having appeared live on CNBC, Fox News, Bloomberg and Sirius XM, as well as being interviewed for such publications as American Banker, The Economist, Forbes and Euromoney. He has also had several opinion articles published in regional publications as well as national outlets such as Crain’s New York and The Hill. Williams was recently selected to the Bloomberg 50, a list of global thought leaders who defined the unprecedented year of 2020, for helping to direct $10 billion for CDFIs and Minority Depository Institutions in the second round of the Paycheck Protection loan program.

In addition to serving on the CDFI boards of Southern Bancorp Bank and Southern Bancorp Community Partners, Williams is also a board member of the Little Rock Chapter of the Federal Reserve Bank of St. Louis, where he uses his familiarity with the economic and credit conditions of the mid-South region to help ensure that conditions of Main Street America are represented in the deliberations of the Federal Open Market Committee. In 2021, The White House appointed Williams to the 15-member Community Development Advisory Board that advises the CDFI Fund and its director. He is also an advisory board member for two New Market Tax Credit community development entities – Advantage Capital and BancorpSouth; a director of the Community Development Bankers Association, the trade association for CDFI banks; a director of the GABV; a member of the Robert Woods Johnson Foundation Racial Equity Working Group; and a member of the Clinton Foundation’s Inclusive Economic Recovery task force.

Prior to leading Southern, Williams served as managing partner at the law firm of Carney, Williams, Bates, Pulliam & Bowman, PLLC, where his firm recovered over a billion dollars for aggrieved institutional investors and consumers in class action litigation against some of the nation’s largest publicly- traded companies. Williams also served three terms in the Arkansas House of Representatives (2008-2013), including serving as Speaker Pro Tempore of the 89th Arkansas General Assembly. As a lawmaker, he was recognized nationally for his legislative accomplishments, including being named an Aspen-Rodel Fellow in Public Leadership by the Aspen Institute, a Champion of Small Business by the National Capital Coalition, and listed as one of 12 state legislators from around the country to watch by Governing Magazine.

Williams received his Bachelor of Arts degree from Hendrix College, in Conway, Ark., his Juris Doctor from Vanderbilt University School of Law, in Nashville, Tenn., and his Master of Laws degree in Securities and Financial Regulation from Georgetown University Law Center in Washington, D.C.

Darrin Williams is a banker, securities and consumer protection attorney, former legislator and passionate advocate for financial inclusion. Currently serving as the CEO of Southern Bancorp, Inc., Williams oversees the strategic direction and operations of each of Southern Bancorp’s three Community Development Financial Institutions: Southern Bancorp, Inc., a bank holding company; Southern Bancorp Bank, one of America’s largest rural development banks; and Southern Bancorp Community Partners, a 501(c)(3) development finance and lending organization – collectively known as “Southern.’ With $1.9 billion in assets, more than 65,000 customers and 52 locations, Southern Bancorp’s markets extend throughout the Mid-South. Focused on the net worth building strategies of homeownership, entrepreneurship and saving, Southern Bancorp believes that wealth building isn’t just for the wealthy; they seek to be wealth builders for everyone. Williams received his Bachelor of Arts degree from Hendrix College, in Conway, Ark., his Juris Doctor from Vanderbilt University School of Law, in Nashville, Tenn., and his Master of Laws degree in Securities and Financial Regulation from Georgetown University Law Center in Washington, D.C.

Back to Leadership Page

Click on the tabs below to sort by board.